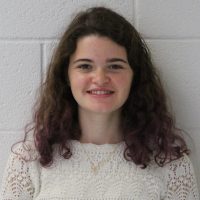 Sara Benedict is a staff reporter for The Torch. She is a junior at Bexley High School and this is her first year on Torch. She loves writing in her spare time and participates at theater at school.

The Bexley Anti-Racism Project has become a new club in the high school that allows students to get involved with changes coming to the school district regarding inclusivity and greater representation of minority students. Social studies teacher and BARP club adviser Anna Schottenstein explained that the club is a satellite group of the already-existing organization […]

Sara Benedict Staff Reporter This time last year, people looked back at 2019 and shook their heads, saying to themselves that 2020 would be better, but come December, Americans are not only in the midst of a pandemic that’s now taken thousands of lives and caused extreme economic damage, but Americans have also gone through […]

Whatever it is, it’s chasing you–and you know you won’t be able to get away. You keep running, but you hit a wall. You’re cornered. There is no way out.  This may be a familiar, disturbing dream to some, but those who lucid dream won’t think twice. They can just dream a new narrative. According […]