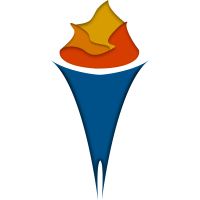 Bexley Torch is a senior at Bexley High School and a on The Torch.

Pro Con Gracie Thrush Staff Reporter After a quick glance at the top titles of Netflix, HBO Max and Amazon Prime, it’s evident that America is obsessed with the true crime genre. Apparently, what’s called entertainment in 2021 is the violent murder of innocent victims and the glorification of psychopaths. The industry goes to great […]

The recent sharing of a “list” ranking senior girls based on appearance via social media garnered large outcry and debate from both the students and the community. In response, the administration held meetings with the senior girls to offer counseling, invited a speaker to discuss Internet safety and held a lunchtime meeting to discuss the […]

Pro Genevieve LaBine Staff Reporter After over a year of the COVID-19 pandemic, vaccines are in rapid production and being distributed across the globe. As vaccines become more available, the question arises of whether they will be necessary to return to normal. Some services such as cruise lines have begun to require passengers to show […]

Pro Gillian Frost Staff Reporter A livable wage is defined as the amount of money needed to cover the cost of food, healthcare, child care, housing and transportation expenses. According to statistics from CBS News, the federal minimum wage has been $7.25 an hour since 2009, but the cost of living has since increased by […]

The Board of Education has approved Interim Superintendent Dan Good’s resolution to go all-in for the remaining weeks of school following spring break. Though the high school is introducing a handful of new COVID-19 precautions, the plan to go all-in is ill-advised and not worth the impending risks it will present, as it will increase […]

Pro Ava Joseph Staff Reporter With the political chaos and controversy surrounding the 2020 Presidential election and COVID-19, social media has been a convenient source for people to informally get their message out into the world.  It seems the country is more divided than ever, and people are taking to social media to share their […]