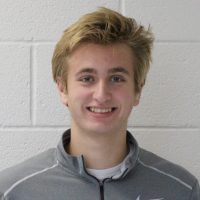 Henry Brandt is a sports editor for The Torch. Outside of Torch, he plays basketball for the high school team and loves playing sports, reading, writing, cooking and watching movies.

After earning the top seed in the district, the boys soccer team fell to Granville 1-0 in the district semifinal Oct. 24. The Lions finished with a 10-4-4 record and won their first league title since 2018. The team opened the postseason with an 11-0 win over Amanda-Clearcreek in the sectional final Oct. 20 headlined […]

The boys baseball team beat Grandview Heights 18-6 in a home game at Clowson Field Monday, April 26. Junior Ryan Bernstein pitched three innings and the entire lineup had a strong performance at the plate: the Lions jumped out to a 3-0 lead in the first inning with base hits from Bernstein, sophomore Jonathan Speiss, […]

Disney’s newest film, “Raya and the Last Dragon,” came out on Disney+ Friday, March 5 and did not fail to impress. Its fascinating storyline, beautiful graphics and interesting characters make it a must watch for any Disney fan. The main character, Raya (Kelly Marie Tran), meets a girl from Fang, a rival city, named Namaari […]

A candlelight vigil was held at the high school Saturday, Feb. 6 to honor the memory of former student junior Jeremiah Clinton, who passed away in December. Fine arts teacher Helma Groot said about 50 to 60 students, both current and former, along with staff and parents gathered to celebrate the life of their friend, […]

When the first season of “The Mandalorian” was released in 2019, it captivated the world with the famous Baby Yoda. People could not get enough of the Internet sensation for months after they met him. With high expectations going in, season two brings new energy and focus onto Baby Yoda, which is exactly what we […]

The holiday season is near, along with holiday movies to provide some joy to many people, including junior Cece Andrews. Andrews’ favorite movie to watch during the holiday season is “National Lampoon’s Christmas Vacation” due to how relatable it is and the laughs that it brings each Christmas. “It’s just really funny, and it also […]

Twenty years ago, fans of the NFL could only dream of playing a game in which they are the coach, owner and general manager of their very own NFL team. However, that dream has become a reality thanks to fantasy football. In fantasy football, participants draft players based on how many points they are projected […]

The new Chrisopher Nolan movie “Tenet” has trouble occasionally with its pace and clearness, leaving you very confused if you don’t pay close attention to every detail. While it has an intriguing plot with quick and exciting action scenes, it does not live up to the high expectations surrounding it. The story follows a man […]