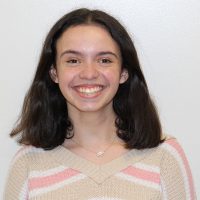 Gabrielle Cabanes is a senior and a co-editor for the Torch. Outside of Torch, she is in the National Honor Society.

With many stories being published about former duchess Meghan Markle’s experience at Buckingham Palace and more recently Prince Philip’s death, people around the world have come to question the relevance of monarchy in England and whether the royal family is a worthy institution or an outdated relic. Although the royal family is interesting to read […]

A seniors-only prom with adaptations to limit the risk of spreading COVID-19 will be held May 8 from 7:30-11:30 p.m. at Columbus Country Club. Principal Kristin Robbins said in order for Prom to happen safely this year, there will be no dates from other schools or from any grade levels below 12th. She said that […]

The recently released show “Lupin” starring French movie star sensation Omar Sy is a dramatic and compelling story with a touch of humor in which the deceptive main character is sure to have the audience on the edge of their seats. “Lupin” tells the story of a young boy named Assan whose dad is wrongly […]

With shorter days and cold, grey skies being a big part of the colder months, fighting the winter blues and staying active becomes a goal to achieve for some dedicated high school students. Junior Moira Roche said being a part of the Bexley swim team has helped her keep a positive mindset through the winter […]

With Christmas fast approaching, junior Isabel Best is excited for her family’s annual tradition of watching her favorite holiday movie “Home Alone” on Christmas Eve.  “Home Alone” tells the story of a young boy left behind when his parents go on a trip to France. While he is home alone, burglars try to rob his […]

As police shootings of Black Americans dominated the media, several graduates of the high school decided to create the Bexley Anti-Racism Project in order to fight racism in the community.   Social studies teacher Anna Schottenstein, adviser and founding member of BARP, explained that the idea of the Bexley Anti-Racism project was originally formed by the […]