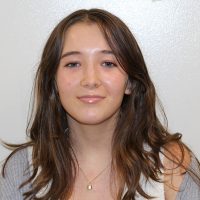 Ellie Cohen is a senior at Bexley and an Opinion Editor on the Torch.

One might assume that their government is doing everything in its power to provide support and bring awareness to marginalized groups of people, as they’re the ones most in need of it. Sadly, with legislation such as Florida’s Parental Rights in Education bill, that notion would be proven wrong. This bill perpetuates outdated, homophobic values […]

Joshua Abbott, the new head coach of the high school softball team, and new assistant coach Chelsea Raker have started preseason training for their first season with the team. Abbott said he’s coached both baseball and softball and that he has been a coach for almost 10 years. He started coaching at Westerville Recreation Baseball. […]

If you’re a teenager in 2021, you are probably on your phone for hours a day, swiping your thumb across the screen and watching endless videos. TikTok has captured the attention of millions of adolescents across America with its easily accessible videos and individually-tailored content. However, it is easy to get caught overconsuming this media, […]

You are in an unfamiliar place surrounded by unfamiliar faces. Your usual friends aren’t with you, and you likely won’t be going home to see your family at 3:25 p.m. After graduating from high school, your new learning environment is completely alien to you. In addition, you are thousands of miles from home, in an […]

Bodily autonomy is a natural and inalienable right–or so most people thought. Texas’ new abortion laws, which commenced Sept. 1, are the most restrictive in the nation with regards to access to abortion services. Some features of the bills include a ban on abortions once cardiac activity is detected, an absence of exceptions for […]