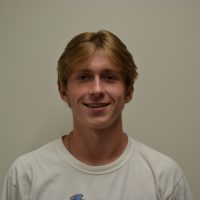 Grayson Fletcher is a senior at Bexley High School and is an In-Depth editor for the Torch. Outside of Torch, he is on the soccer team.

The release of “Overwatch 2” has been long desired by the gaming community after its prequel, “Overwatch,” gained worldwide recognition from the point of its release in 2016. The game was the original first person shooter (FPS) to receive game of the year by The Game Awards, which it received in its first year of […]

“Jeen-Yuhs” is a three-part documentary on Netflix revealing behind-the-scenes moments of rapper Kanye West’s early life and career while capturing his growth as an artist. “Jeen-Yuhs” offers both fans of West and those who know nothing about him interesting insights into his life and successes. The documentary sets up an easy-to-follow chronological story, covering West’s […]

The school district and the Jewish Community Center have begun negotiations related to improving facilities located at the JCC with the intention of allowing Bexley athletics to use these facilities. The Bexley Board of Education authorized these discussions with the JCC at their Jan. 11 meeting. Athletic Director Eli Goldberger said that developing new facilities […]

For the average 17-year-old, it is only a dream to start their own successful business doing something they love. Senior Bennett Bartz has turned this fantasy into a reality. Bartz runs his own online vintage clothing business where he buys clothing from local thrift stores and online marketplaces and then resells them online for profit. […]

The first traditional Clash of the Classes in two years was held in the high school gymnasium Tuesday, Nov. 23. Student Council adviser and social studies teacher Michael Featherstone said the event looked similar to how it was before the pandemic. He said with Clash of the Classes returning to the gym, students were required […]

The football team heads into the rest of their season with high hopes of improving their 2-5 record despite experiencing many hardships due to COVID-19 and injuries. Head coach Michael Golden said that he is frustrated and disappointed with the current record, and he added that even though they have a losing record, the team […]