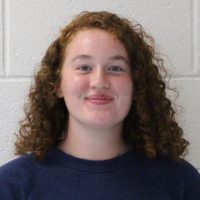 Gillian Frost is a staff reporter for The Torch. She is a junior at Bexley High School, and this is her first year as part of the Torch staff. Outside of Torch, she is involved in orchestra, girls soccer and In The Know.

After many students were unable to take standardized tests such as the ACT and SAT due to COVID-19, some schools decided they should no longer require them. Post-COVID, some are considering keeping the test-optional policy, but this will not benefit students in the long run. By going test optional, colleges are losing a measurable factor […]

Disney Plus’s “WandaVision” is in a style unlike anything Marvel has done before. It begins as a light family show but quickly evolves into a psychological horror that leaves viewers grasping at theories with each new episode. “WandaVision” is perhaps the best introduction for fans of the Marvel Cinematic Universe to Marvel’s comic lore and […]

The newest Wonder Woman movie, “Wonder Woman 1984,” was one of the most anticipated movies of 2020, and its HBO Max release made it easily accessible during the pandemic. Despite critics’ glowing reviews pre-release, the movie proves disappointing, as it fails to follow a coherent and engaging storyline. “Wonder Woman 1984” follows Diana Prince, played […]

The annual senior prank, a tradition that usually occurs around Homecoming, came under fire for the actions of some seniors on the evening of Thursday, Nov. 5. Principal Kristin Robbins said that signs were taken from neighborhood yards, trees were covered in toilet paper, stickers were placed on the building and light posts, silly string […]