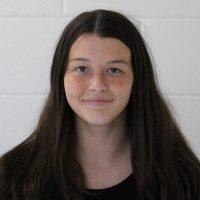 Juliette Garcia is a senior at Bexley High School and an in-depth section editor on The Torch staff. Outside of Torch, she plays soccer and is involved in Environmental Club, Sleep Out Club, and Key Club.

As I entered the Islamic Center on East Broad Street to experience a Muslim service for the first time, I instantly felt overcome by an accepting and kind energy. I was welcomed by Imam Shabaan Haji, who leads the prayers at this mosque. Haji has been an imam at this center since 2003 and […]

A new tardy system was implemented after spring break that allows students to accumulate three tardies every nine weeks, instead of the prior tardy system which allowed students five tardies each semester. Assistant Principal Craig McMillen said this new system is a way to create a fresh start to being all in and having a […]

As summer commenced, some students enjoyed their usual relaxing activities, while others went full force on social media and took to the streets of Columbus to stand for the Black Lives Matter movement. Junior Louis Berger said he participated in BLM by attending four different marches that were around Bexley, and he also used social […]