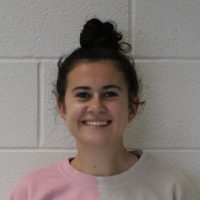 Sydney Hoffman is a senior at Bexley High School and is an in-depth editor for The Torch. It is her second year on the staff. Outside of Torch, she plays soccer and is treasurer of Key Club.

The administration took action to punish the creators of a list ranking senior girls based on appearance and offered support to students through meetings and a speaker following an investigation of the chart after it was shared on social media Saturday, April 17.  According to a statement released by the administration addressing the situation, the […]

Sydney Hoffman Staff Reporter The bell rings, and freshman Annabel Long jumps up from one of her honors classes to hurry to her next class, AP World History, which is then followed by yet another honors class. This is the typical day for Long and many underclassmen who take many difficult classes. Long said that […]

As last year’s Division III State Champions, the cheerleading team is coming back even bigger this year with a brand new competition team. Head cheer coach Brooke Wojcik said that both participants and skill level have been growing over the past couple of years. Because of this increase as well as an additional coach, the […]