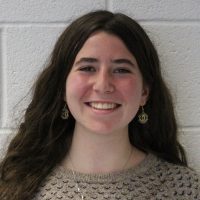 Talia Kahan is a staff reporter for The Torch. She is a junior at Bexley High School, and this is her first year as a part of the Torch staff. She is also involved in theater and softball at the high school.

Disney Plus’ second Marvel show “Falcon and the Winter Soldier” is full of action, excitement and character development that culminates in an entertaining and enjoyable show that is one of the most engaging Marvel installments due to its discussions of racism, PTSD and much more. “Falcon and the Winter Soldier” starts the buddy-cop style friendship […]

As the #MeToo movement in 2017 swept across the United States, it became clear that sexual harassment is not a localized issue, but an extensive one, affecting millions of women around the globe. Although these incidents were certainly not the first time a woman had been sexually harassed, it was the first time women called […]

Historically, women have had to fight harder than men for the same respect and opportunities in life. Often, women’s intelligence and talent is disregarded based solely on their gender, and they are pushed aside. According to Business Insider, while many people today argue that women are now equal, the reality is that women make 81.6 […]

The holiday season is the perfect time to cuddle up with a blanket and movie and enjoy the warm comforts of family. As Christmas comes around the corner once again, freshman Reese McCellan is excited to watch “Elf” with her family. McCellan explained that curling up on the couch with her family to watch Buddy […]

While many try their hardest to change our daily lives to slow the destruction of the environment, most people ignore one of the most environmentally disastrous practices facing the earth today: fracking. Fracking is not only devastating ecosystems but devastating communities along the way. Big companies want money, and with the almost nonexistent regulations on […]

The boys soccer team’s new coach, Jason Goggins, has brought Bexley a new coaching technique that he believes will greatly assist the team. Goggins said that he has had success with his coaching style at London High School and Upper Arlington High School, as well as with kids soccer programs. His coaching style, Goggins explained, […]