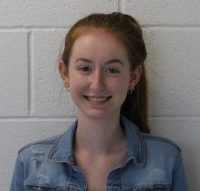 Genevieve LaBine is a senior at Bexley High School and an editor for the opinion section of the Torch. Outside of Torch, she is involved in track and field, Student Council, and Key Club.

The Olympics are often viewed as the peak of an athlete’s career when some of the world’s greatest athletes compete to represent their country. However, the question of whether the U.S. should boycott the Beijing Olympics, set to take place in February of 2022, has gained popularity due to China’s violation of the Uigher people’s […]

Since his Wednesday, Jan. 20 inauguration, President Joe Biden has made great strides in his first month in office and is fulfilling his campaign promises to improve the status of the U.S. According to USA Today, following the Trump presidency, Biden has begun implementing his plan to resolve the COVID-19 pandemic in the U.S. Biden’s […]

All year, fans have been eagerly anticipating the sixth album from Ariana Grande. Since her award-winning album “thank u, next” released in 2019, fans have been counting down the days until the announcement of Grande’s sixth album, wondering what was next from the 27-year-old artist. Grande’s newest hit album, “positions,” was released Friday, Oct. 30 […]

At the start of last school year, freshman Samara Kahan woke up for the first day of school to see her friends and attend her regular classes. This year, as her freshman year of high school began, Kahan turned on her computer to attend an online Zoom class from her bedroom for her first day. […]