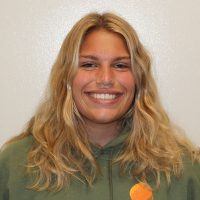 Quinn McDermott is a senior at Bexley High School and a Backpage editor for the Torch. Outside of the Torch, she plays tennis and softball and is also on the executive board for Key Club.

After much anticipation, the long-awaited Season 2 of “Euphoria” was finally released Jan. 9. The show meets its high expectations following a well-received first season, seamlessly portraying Rue Bennett’s (Zendaya) struggles with addiction while including various controversial subplots. However, the show lacks a coherent plot structure at times. Although chaotic, Season 2 has amazing cinematography, […]

Marvel’s “Eternals” attempts to introduce a whole new group of superheroes to the universe following the very successful series “The Avengers.” It has the ambitious goal of introducing these new characters to the universe while also trying to summarize events that take place over thousands of years. The result is a movie packed with information […]

A student opens their Instagram feed. Instead of scrolling through pictures of friends on vacation and their favorite college sports teams highlight videos, they see club posts about meetings and high school sports teams about games coming up. Last year, a new club, the Bexley Anti-Racism Project, wanted to find a way to spread the […]