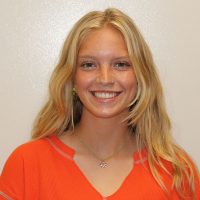 Molly O’Dell is a senior at Bexley High School and is a staff reporter for The Torch. Outside of Torch, she plays soccer.

I was anything but surprised when Tacos Rudos, a vendor at Budd Dairy Food Hall, was packed with excited customers ready to decide which delicious item to choose off the menu. The first thing I noticed about Budd Dairy is that it created a welcoming atmosphere right from the start. As soon as I entered […]

Some may wish they had a mirror image of themselves since they were born. With a twin, having the same face, laugh and interests can strengthen the bond between the pair. Growing up as a twin appears to be the sibling jackpot, but how is life as a twin in reality? Juniors Maya and Keira […]

Social media influencers gain fame and fortune through daily advertisements targeted toward teens. Between the promotion of brands, clothes, music or countless other things, social media content influences teenagers whether they realize it or not. Social media portrays an artificial beauty standard that leads to unhealthy habits and lifestyles, resulting in an alarming yet normalized […]

First Corner Bubble Tea offers tasty and trendy teas, and the venue is a welcoming atmosphere. First Corner recently opened on East Main Street and has received a lot of attention from the Bexley community. Their menu features many different kinds of tea, including bubble tea, fruit tea, frozen tea and matcha. It also has […]

After leading her fellow students and cheering for the high school football team, senior Emma Magee accepted the title Fan of the Game when the Bexley football team defeated Lakewood High School Sept. 10. Fan of the Game is given to a couple of students who show the most pride and energy after each […]