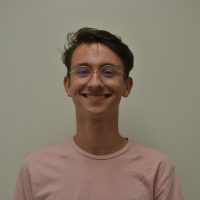 Owen Parsons is a junior at Bexley High School and is a staff reporter for the Torch. In his free time he runs cross country and is a competitive equestrian.

Starting this school year two new clubs, the Jewish Student Union (JSU) and the Model United Nations (UN), have returned to the high school. Sophomore Quinn Levin, who revived and runs JSU, said that they were inspired to restart JSU over the summer. Science teacher Nikki Hoch said is the club advisor for JSU. Hoch […]

Recently, the diversity in the film industry, including within the LGBTQ+ community, has progressed. This increase in representation is visible even as side characters in major shows like “Stranger Things,” or movies like “Do Revenge.” However, the improved inclusivity and representation aren’t the same for all members within the community. Shows containing women-loving-women (WLW), or […]