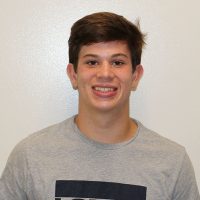 Joey Shapiro is a sports editor for The Torch. He is a senior at Bexley High School and is in his second year on the Torch staff. He also is a captain of the baseball team as well as the secretary of National Honor Society.

The track team had a historic season this year following last year’s cancellation, setting two school records. Both boys and girls teams have won multiple meets this season, head girls coach Jamie Hayes said. Hayes said that this season has been one of her most successful, despite being moved up to Division 1 for the […]

The seemingly obsolete and outdated video game retailer recently GameStop saw its stock price soar from about $15 to $480 in a two-week span, with initially no apparent explanation. GameStop has seen back to back years of declining sales, yet toward the end of January, its stock soared to its highest price ever.  The frenzy […]

COVID-19 has traveled all around the world to a total of 219 countries and territories, changing life as we know it. Starting in Wuhan, China, COVID-19 has made the 7,433 mile journey across the Pacific all the way to Bexley, infecting over 700 people right here in town. One of those positive cases was junior […]

The girls varsity soccer team ended its season with a 2-1 defeat to Bishop Hartley in the district championship after winning the league championship and posting a 6-1-1 season record. “This season has pretty much exceeded our expectations,” head coach Scott James said. “Considering that the beginning of the season we didn’t think we’d have […]

She’s used to spending time with her family at home. Over the many winters, they’ve always spent holidays together. This is how it’s been for junior Tess Madison her whole life, as the youngest of five siblings.  However, with her oldest sibling already at college, the family she had been living with was cut in […]