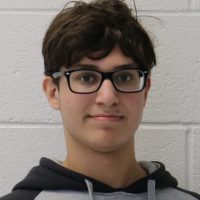 Zach Trabitz is a senior at Bexley High School, and he is an editor for the news section. Outside of Torch, he runs cross country, plays piano, and is in the Environmental Club.

The high school hosted a COVID-19 vaccination clinic on Tuesday, April 13 for the first dose of the vaccine and a follow up clinic Tuesday, May 4 for the second dose. Assistant Principal Craig McMillen said the high school decided to host the clinic to provide vaccines to students who would not get them otherwise. […]

First showcased at the Sundance Film Festival, “Minari” explores the clash of ideals among Korean family members who have immigrated to the U.S. Directed by Lee Isaac Chung, “Minari” aims to provide multiple perspectives of what it means to be an immigrant and is a fascinating movie with a powerful soundtrack and engaging cinematography. The […]

The high school has adopted a new ABAB hybrid model instead of the previous AAZBB model as the result of a Board of Education decision. Principal Kristin Robbins explained the district adopted this new model so that students can attend in-person school more often. Robbins said the previous hybrid model’s all-online Wednesdays were no longer […]

Proponents of environmental protection will be happy to hear that Columbus citizens passed Issue 1, the Electric Service Aggregation Program Measure, with an overwhelming 75.55% of voters approving the measure. According to the Dispatch, the issue was focused on clean energy, and the goal is for all Columbus citizens to be placed in an opt-in […]

Chromebooks and iPads have been distributed to students in the district as part of the 1:1 student device program sponsored by the Bexley Education Foundation. Technology Director Brad Pettit explained that grades K-1 received iPads while grades 2-12 were granted Chromebooks. BEF Executive Director Pam Glasgow said the purchase of the personal devices stemmed from […]

Two of the district’s performing arts programs, band and choir, will use a half-and-half split between online and hybrid as the theatre department resumes after school virtual practices due to COVID-19 during the 2020-2021 school year. Band director Andy Johnson said the band is following the A-La and the Le-Z last name separation as per […]