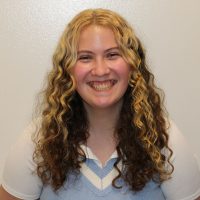 Zoe is a senior and an opinion editor for the Torch. She plays piano and viola in the Sinfonia Orchestra, and participates in theatre and improv in school.

Cluck Norris, one of the 10 vendors available at Budd Dairy Food Hall, has a small yet delicious menu of chicken sandwiches, tenders and several side dishes. Budd Dairy is very modern in both appearance and operation. QR code menus sit on each table, and online ordering is available for all vendors. The food hall […]

On a sunny day in Bexley, many animals can be seen on the streets and are hidden in nature. People walk their dogs and squirrels scamper about. Birds chirp from their nests high up in the trees, and at Jeffrey Mansion there may even be deer roaming the forest. Although not lions, tigers or bears, […]

Netflix’s new series “The Woman in the House Across the Street from the Girl in the Window,” released Jan. 28, tells the story of a recent widow and divorcee Anna Whitaker (Kristin Bell) who witnesses a murder across the street. However, her neighbors and the police do not believe that she has actually seen this,and […]

New York Times bestselling author Jason Reynolds visited the high school Wednesday, Feb. 23 to speak to freshmen and sophomores. Reynolds has received awards such as the Newbery Medal, the National Association for Advancement of Colored People Image Award and a Printz Award for works such as “Long Way Down,” “All American Boys,” “Ghost” and […]

Wearing masks during the school day is now optional after a unanimous decision by the Board of Education at their meeting Tuesday, March 1. According to a presentation given at the meeting by Director of Facilities and Operations  Harley Williams, masking will not be required of any student, staff or visitor entering the school. This […]

Underclassmen and seniors will participate in career exploration and a variety of other programs Wednesday, March 2 while juniors take the ACT. Steve Shapiro, director of experiential learning and community engagement, said he is working with the administration on this programming. Shapiro explained that because the juniors will be taking the ACT, he wanted to […]

“Wonderful Christmastime” by Harry Styles Styles brings a new twist to this song, adding a pop undertone while keeping its Christmas feel. “Christmas Time is Here” by The Vince Guaraldi Trio This song is very nostalgic to me because my family watches “A Charlie Brown Christmas” every year. “Frosty the Snowman” by Jimmy Durante “Frosty […]

The creators of hits like “Dancing Queen” and “Mamma Mia” have struck again after a 40-year hiatus with their newest album “Voyage,” released Friday, Nov. 5. The album is crafted carefully: its songs flow well throughout the album with strong lyrics and instrumentation, and the songs are similar to those of the ‘70s and ‘80s. […]

Before school, Marcelius Braxton meets with groups of teachers and students. During the day, Braxton has a combination of meetings, professional development and looking at policies. When teachers are available, he discusses how they can individually address certain topics while being inclusive. After school hours, Braxton meets with parents, PTOs and the community as much […]

Ohio House Bill 327 would restrict schools and provide guidelines on what and how they can teach about race and sex. The bill has caused controversy and debate regarding if and how race should be addressed in schools. It discusses Critical Race Theory, defined by Purdue University as a “theoretical and interpretive mode that […]