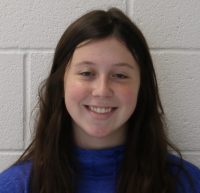 Margaret Zirwas is a staff reporter for The Torch. She is a junior at Bexley High School, and this is her first year as a member of the staff. Outside of Torch, she cheers for Bexley.

Margaret Zirwas Staff Reporter Students dance maskless and shoulder to shoulder in the center of a ballroom as “Cupid Shuffle” blares from the speakers. While this may sound like a scene from 2019, it’s really a description of Bexley’s 2021 senior prom, held on May 8, 2021. Throughout the school year, the possibility of a […]

In order to graduate from Bexley, seniors must complete a Capstone project that demonstrates their ability to work independently to complete a project that they are passionate about. Most students complete volunteer service or do a research project, but senior Andrew Morton is not like most: for his Capstone, Morton completed the artistic feat of […]

Students and staff started attending in person school every day Tuesday, March 23 as the district moved forward with its plan to safely return all five schools to an all-in learning mode. Director of Operations Harley Williams explained that the district made three main changes to the functions of the schools: reorganizing classrooms for proper […]

If you were to ask anyone that you know whether they thought of themself as complex or simplistic, everyone would say complex. As humans, we tend to consider ourselves as deep and intricate individuals that can’t be easily put into boxes, so one might be put off by the idea of a personality test that […]

After almost a month of empty bleachers and quiet games, Bexley fans have been allowed by the school to return to cheer on student-athletes at athletic events.  Bexley Board of Education member Alissha Mitchell explained that this decision was made Monday, Jan. 11 by the district’s Executive Leadership Team, comprised of principals, the superintendent, director […]

After a long day of directing the distribution of food to hundreds of students, District Food Service Director Julianna Carvi can often be found heading home to embark on another difficult challenge: British desserts.  Carvi uses her culinary talents both at work and at home, where she creates intricate and detailed baked goods from the […]

The district has moved into the next phase of the one-to-one technology initiative after finishing the distribution of the Chromebooks to students across the district.  Director of Technology Brad Pettit said the second phase involves making changes to the schools’ WiFi systems and content filters, as well as helping teachers integrate the technology into their […]

By this time of year, theatre arts teacher and director Rebecca Rhinehart usually would have put on at least two stage productions and be in the works for a third.  This year, there have been none.  Instead, for the past three months, the theater department has been auditioning, rehearsing and performing almost completely virtually, Rhinehart […]