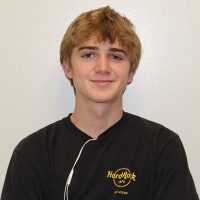 Tate Stark is a News editor for the Torch and a senior at Bexley High School. He is also a member of the Bexley golf team and the lacrosse team.

The girls and boys swim teams competed in a tri-meet at Columbus Academy Jan. 7, finishing first and second respectively. At the Mt. Gilead meet Jan. 15, the boys finished 20th and girls 25th out of 40 schools. At the Columbus Academy meet, freshman Millie Evans broke the 100 meter butterfly school record with a […]

Lightspeed, the new computer software allowing teachers to block certain sites and view their students’ computer screens, was introduced to the high school in early November. Principal Kristin Robbins explained that Lightspeed was originally used in the middle school, where more and more students were playing computer games during class time. “The program was brought […]

The wind roared as junior John Westman’s parents flew down the highway, rushing him to the hospital. John was slumped over in the seat with his shoulder hanging to his side. “Here we go again,” he thought as they approached the hospital. Injuries such as Westman’s occur in high school athletes and impact both the […]

Kanye West, one of the most decorated artists of all time with over 270 awards, has released his newest piece of work “Donda.” However, unlike most of his other work, Donda lacks the eccentricity and signature flair that listeners love, and rather substitutes it with a slower, more boring gospel approach. After delaying the album […]